Botox Cosmetic®, one of the most sought after cosmetic procedures today, is an injectable treatment that temporarily improves the appearance of moderate to severe lines and wrinkles on the face. Many wrinkles are actually creases that have been worn into the skin by making the same expression thousands of times. These "expression lines," often called frown lines or crow's feet, are due to the contraction of a muscle under the skin in that area. The Botox will paralyze the muscle, removing the wrinkles and smoothing out lines for a more youthful appearance. Come in for a cosmetic consultation with a member of our dermatology team to see if Botox Cosmetic treatment is right for you.

Before and After Botox Cosmetic® Treatment: 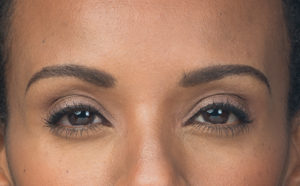 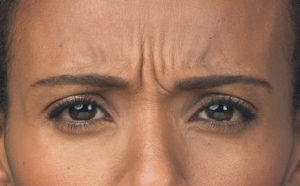 Dr. Eric Finzi's latest study published in the May 2014 edition of Journal of Psychiatric Research reports that patients injected with onabotulinumtoxin A (commonly known as Botox) demonstrated substantial improvement in their depressive symptoms. In the largest randomized, double-blind, placebo controlled study to date on the effect of  Botox on depression, researchers Dr. Finzi and renowned psychiatrist Dr. Norman E. Rosenthal found that more than half of subjects suffering from moderate to severe depression showed a substantial improvement - 52% - in their depressive symptoms as measured by the MADRS scale.  For more information, go to BotoxForDepression.com

About the Botox Cosmetic® Procedure

Botox Cosmetic is administered in-office by a practitioner who uses an ultra-fine needle to inject botulinum toxin type A into the glabellar (between the eyes), and/or crow's feet, around the eyes. The treated areas are cleansed thoroughly and a cold compress is applied for a few minutes before treatment. After the injections, a cold compress is again applied to relieve any discomfort or swelling. Patients are advised to keep their head level for up to 6 hours after treatment. You will see optimal results 3 to 7 days after treatment.

What is Botox Cosmetic®?

Botox Cosmetic® is the brand name of botulinum toxin type A that has been in use since 1990. Although Botox® is a toxin, there have been no serious side effects since it is used in extremely small amounts and does not spread throughout the body.

Where can Botox Cosmetic® be injected?

The most common areas to receive Botox Cosmetic® are the frown lines between the eyebrows, the horizontal frown lines, and the crow's feet.

Does the injection hurt?

When Botox Cosmetic® is injected there is an initial minor sting for a few seconds. Once the injection is complete, there is usually no discomfort.

How long does a Botox Cosmetic® treatment last?

Each treatment usually lasts 3 to 5 months, at which time another treatment is required. After several treatments, the effects of Botox Cosmetic® may begin to last longer, sometimes up to 6 to 8 months. Come in for a cosmetic consultation with a member of our dermatology team to see if Botox Cosmetic treatment is right for you.

Xeomin is an FDA approved injectable prescription medication similar to Botox Cosmetic and Dysport. It is injected into the muscles of the face to temporarily improve the appearance of moderate to severe lines between the eyebrows, crows feet, and forehead.

About the Xeomin Procedure

Xeomin relaxes the facial muscles, reducing the appearance of lines and wrinkles for up to three to four months. Treatment takes approximately 10 minutes. No prep time is required for this procedure. A cold pack might be used to reduce swelling and discomfort of the injection site before and immediately following the injection.

Xeomin contains botulinum toxin type A; a protein purified from the bacterium Clostridium botulinum. It is specially formulated to eliminate the additives found in other injectable treatments. This might make an allergic reaction less likely. 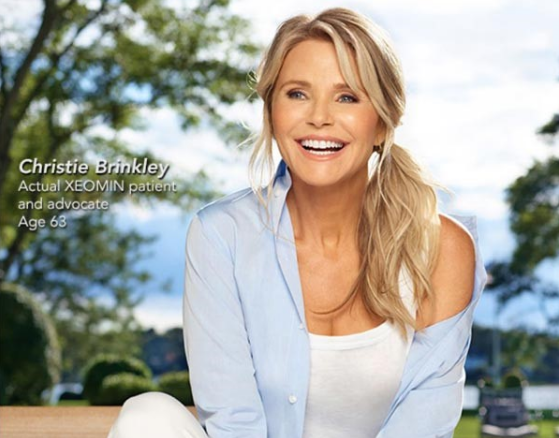 Many people trust Xeomin to reduce the appearance of frown lines and wrinkles, like Supermodel and author Christie Brinkley, who recently spoke about the benefits of Xeomin. The 63 year old ageless beauty combines Xeomin treatments with Ultherapy to maintain her youthful appearance.

“When it comes to my body, I don’t compromise. Eating organic, yoga, being active – it’s all part of staying healthy. I choose Xeomin because it is highly purified, FDA approved and clinically proven to temporarily smooth frown lines. I just love it!”

Injectable medications provide an effective, safe, easy, outpatient treatment option for adults with moderate to severe lines and wrinkles. Results are typically seen 3-4 days after the procedure. Optimal benefits can be seen after 10 days. Results last approximately 3 to 4 months. 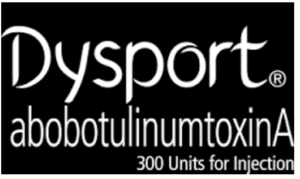 The clinically proven wrinkle remover, Dysport® promises a natural look. Dysport® treatment temporarily improves the look of your moderate to severe frown lines between the eyebrows in a way that suits your style.