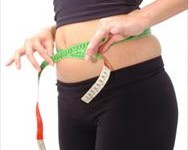 Liposuction, the surgical removal of unwanted fat, is one of the most popular cosmetic procedures performed in the United States today. There are many new liposuction techniques being touted like Laser Lipo and Smart Lipo, however, the safest and most efficient form of fat removal is Tumescent liposuction performed under local anesthesia. Tumescent liposuction was developed by dermatologic surgeons in the 1980s and is still considered the gold standard for safety and effectiveness. What makes Tumescent liposuction safe and superior to traditional liposuction surgery? The number one and most important reason is it eliminates the dangers associated with general anesthesia. The Tumescent technique also minimizes bleeding, lessens discomfort, and it shortens recovery time allowing you to return to your normal routine within a few days. Dr. Eric Finzi, a board-certified dermasurgeon and the managing director of the Chevy Chase Cosmetic Center, has performed body and facial sculpting liposuction using the Tumescent technique on thousands of satisfied patients ranging in age from 16 to 78 since 1992.

Liposuction is not a weight loss treatment for obesity, it is a way to surgically remove fat from targeted areas that are predisposed to excess fat due to a family genetics. Liposuction will treat those stubborn areas where diet and exercise have no effect. Liposuction makes it possible for Dr. Finzi, also an accomplished artist, to sculpt and remove excess fat and create better body contour and symmetry. All areas of the body can be treated including the abdomen, thighs, hips, waist, flanks, buttocks, back, arms, turkey neck and also the breasts.

Consider a Fat Transfer with Liposuction - the Dream Surgery!

In addition to removing fat in certain areas of the body, the unwanted fat can also be used as a natural filler. This is sometimes referred to as "fat transfer" and in general, for these procedures, fat is removed from one area of the patient's body (for example, the abdomen), cleaned, and then re-injected into an area of the body where contouring is desired, for example, to reduce or eliminate wrinkles and folds in the face, under the eyes, hands and in the breasts for a small augmentation. Gaining in popularity as an alternative to a traditional facelift or breast implants, a fat transfer is one of the most natural and safe ways to rejuvenate the face and body with little to no downtime and long-lasting results.